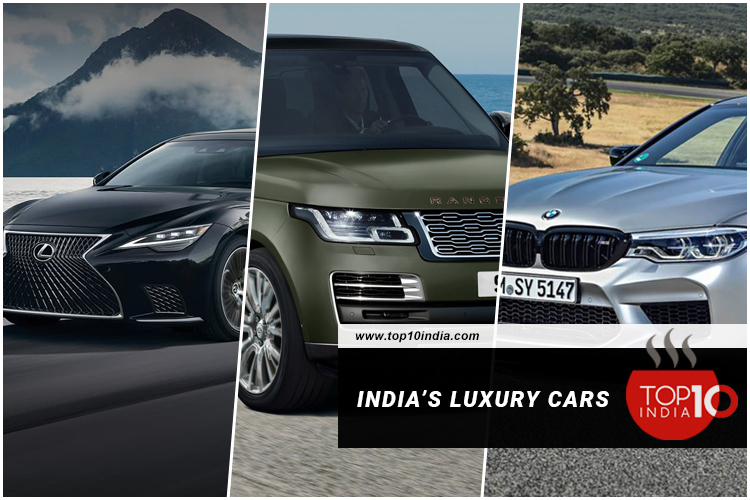 India’s Luxury Cars: Lexus LS is the number 1 luxury car in India that starts from Rs 1.82 Crores and falls under the most expensive luxury car in India. For some buying, a luxurious car is something that enhances their status symbol. The Indian market has many luxury cars which fulfill the need of the high society people across the country. These cars are extremely expensive and are beyond the reach of a common man but along with the high cost the cars have many amazing features.

This model of LS is one of the most appreciated cars in the market today. It has numerous features like has an 8GR FXS V6 engine. The engine of Lexus LS has 6 cylinders and is a 6-speed automatic transmission. To check the body temperature of the person in the car and then after maintaining the required temperature in the car is an additional feature of this Lexus LS model.

The Range Rover from Land Rover excels in terms of style and comfort more than any other luxury car in India. There is the availability of two diesel variants and a petrol variant. The Range Rover has arrived in the market with an expected mileage of 7kmpl to 13 kmpl and has a current showroom price of 1.82 crores.

Because of having a V8, twin-turbocharged engine, the BMW M5 Competition car can produce a power of up to 625bhp. BMW M5 Competition engine arrives with an automatic 8-speed transmission, guaranteeing a powerful pickup. Isn’t it amazing that the car within 3.3 seconds can go from 0-100kmph?

The BMW 7 Series is an updated version of the series that has arrived after getting some impressive upgrades in the vehicle. Starting with the grille which is now larger than before, the LED tail lamps which are bow quite thinner, and the size of the instrument cluster is now 12.3 inches. The torque and power-producing capacities of the car are 850Nm and 600bhp. The engine of the car is automatic has 12 cylinders and is 8-speed.

For the ones who are car lovers and can afford to have a very expensive car, BMW X7 should be their ideal choice because this car is the best of all available and is also the largest car.

Available with a 6-cylinder, a turbocharged engine that has the capacity of 3 liters. The car arrives with 8- speed automatic engine which can generate power up to 335bhp. The expected mileage is 10kmpl to 13kmpl and an engine displacement of 2998cc.

One of the most luxurious cars at present is the Mercedes Benz GLS which is offered by Mercedes Benz. A V-type engine which 6 cylinders are what boosts the power of the car. The car can produce a maximum power of 258 bhp and the peak torque generating capacity is 620Nm. A 9-speed automatic gearbox is what makes the engine of the car stronger.

To give a tough competition to Mercedes Benz GLS, the Volvo XC90 was introduced by Volvo. It is available in both petrol and diesel variant. The car arrived in the market with a Twin Turbo engine. The engine has 4 cylinders. The power generating capacity of the car is 401bhp, and the torque generating capacity is 640Nm. Volvo XC90 is available in the market in nine different elegant shades and designs.

The Volvo S90 is one of the best luxury sedans in India, powered by a 4-cylinder, D4-Diesel engine. 400Nm of torque and 190bhp of power is the maximum capacity of the engine to generate power and torque. The car can attain a maximum speed of 230 kmph because of 8-speed automatic gearbox. The car is available in four shades- Onyx Black, Crystal White, and the Magic Blue Metallic.

BMW 5 Series comes with a TwinPower Turbo Inline engine. The engine of the BMW 5 Series has 6 cylinders. Along with being an automatic vehicle, it has an 8- speed gearbox. The car under the ideal conditions can generate a torque of 620Nm. The car has the capability of producing maximum power of 260bhp. Consumers are offered nine shades of the car by the Bavarian car manufacturers.

Which luxury car is best in India?

Lexus LS is the best in India.

Which is the cheapest luxury car in India?

The BMW 5 Series is the cheapest luxury car in India.

Which car is strongest in India?

Volvo XC90 car is the strongest in India.

What are the luxury car brands in India?