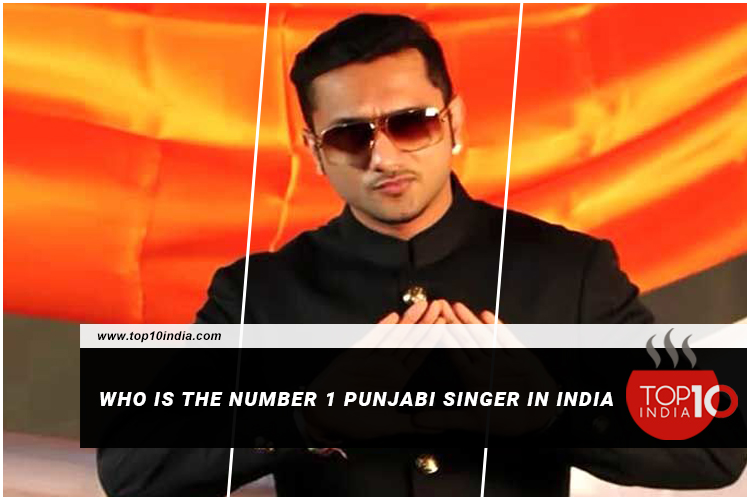 Who is the Number 1 Punjabi Singer in India ?

Who is the Number 1 Punjabi singer in India

Honey Singh is an Indian playback singer, song composer, Punjabi rapper, actor, and song lyricist in the mainstream Hindi and Punjabi cinema. Singh is considered one of the highest-paid Punjabi singers both in Bollywood and Punjabi cinema Pollywood.

Singh started his music career as a recording artist and later became a music producer. He started to gain popularity and stardom after the release of his life-changing album International Villager which proved to be an international hit that featured J-Star’s Gabru which the Asian music charts and BBC Asian charts.  Later in the same year, he collaborated with Diljit Dosanjh in their popular song Lak 28 Kudi Da which also reached No.1 in BBC Asian Download Chart in May. This song was a song of flop Punjabi movie of Diljit Dosanjh Lion of Punjab but the song proved to be a huge success for both the artists.

Singh debuted with the Hindi song of the movie Shakal Pe Mat Ja for which he charged Rs 7 million for a single song in the movie Mastan which is also the largest amount paid to a singer to date in Bollywood. In 2013 he also produced the songs of superhit Bollywood movies Chennai Express and Akshay Kumar’s Boss which proved to be mega-hit not only in the story but because of the song composition too. He has also sung in some low-budget movies like Mere Dad Ki Maruti, Bajate Raho, and hit movies with low-budget Fugly. His latest song was Shoe Machega from the Mumbai Saga movie.

Honey Singh married his long-living girlfriend Shalini Talwar. She accused the singer of much domestic violence under the Protection of Women from Domestic Violence Act. in Delhi court.

Published in A to Z, Entertainment, Personality and Social