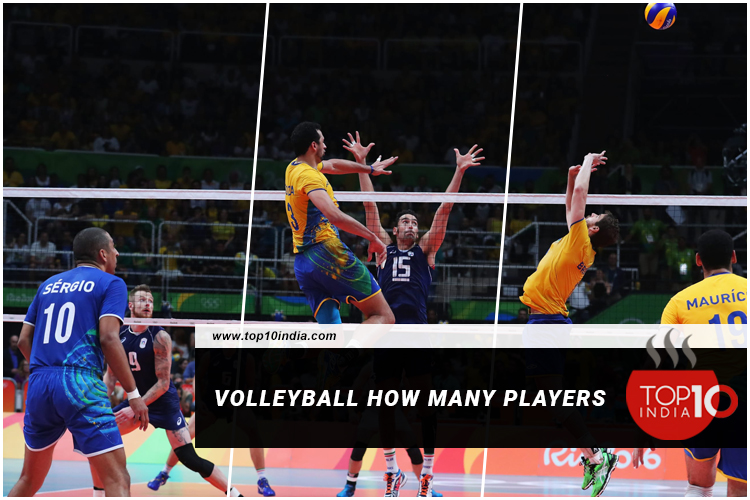 Volleyball How Many Players | Volleyball number of Players

Volleyball How Many Players:- Volleyball is a team sport which consists of six players each side separated by a net. The ball is generally played with hands and arms but it is permitted to touch or hit the ball by any part. Some of the special skills involved are passing, setting, high vertical jump, special positions, defensive and attacking playing techniques.

Volleyball How Many Players

It was invented in 1895 by a physical education director in Holyoke, Massachusetts, United States. Canada becomes the first country to adopt volleyball outside the United States in 1900. In 1947 first international federation, the Federation Internationale de Volleyball(FIVB) was founded. It became more popular in Brazil, Italy, Russia, and most Asian countries. There are mainly six positions where a player can play the game and can execute its planning. Most successful teams across the world master these skills to become the best among the others. So a player can be a server, blocker, and setter.

There are basically three types of serve

It is an overhand serve her the hit with no spin and it makes the path unpredictable to find.

It is an overhand serve where the ball is first tossed high in the air and then the player makes a timed jump contact with the ball. It is also the most famous service among the college and professional teams.

The pass is an effort by a team to handle to opponent’s serve or any other attack by the attacking side. It involves preventing the ball to not touch the court but also to male it available to the setter’s position quickly and accurately. There are basically two ways to pass a ball by underarm passing and overhand passing. In the underarm passing, the ball touches the inside part of the joined forearms at the waistline, and in the overhand passing, the ball is passed by the help fingertips above the heads.

Outside hitter or Spiker

The spiker is generally the third and last contact made by the team. The main aim of the attacker is to make the ball reach the opponent’s court in such a way that it becomes undefendable by the opponent’s team players. They are generally the most consistent and regular strikers of the team who perform the attack. A bounce is a term used by the players for a very hard attack that almost takes the point but with the efforts of the opponent team effort which returns the ball in the court again and a kill is the term used by the players for an attack that is not returned by the opponent team and results in making the point.

It refers to the blocking or stopping the ball attacked by the opponent team. The main aim of the block is to stop the ball from penetrating the net. It requires the perfect timing of the foot and the jump at the same time to execute the block perfectly. The best angle considered for the blocking is around 45 to 60 degrees with a downwards direction.

They are responsible for the defensive workload of the team. Their main responsibility is to form a good defence for the opponent team’s hitter and also to provide a backup setter for their own team.

Published in A to Z, News, Social, Sociology & Society and Sports