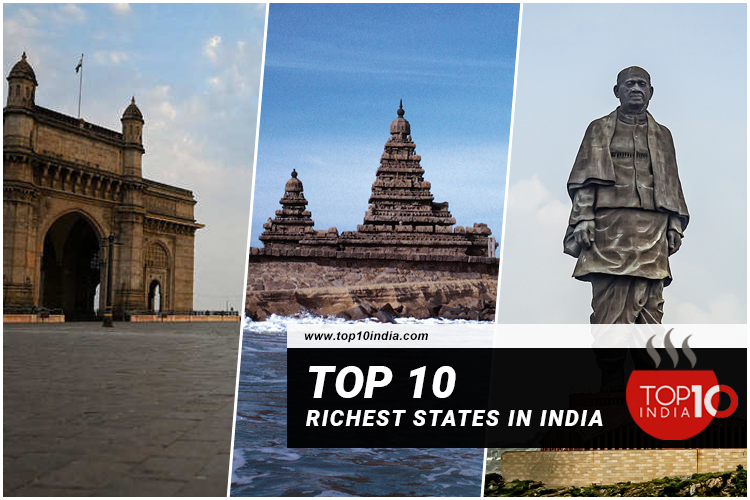 Top 10 Richest States In India: Maharashtra is the richest State of India, being a very developed state of the country has a GDP of 467 billion US dollars. If we talk about India, do you know India is the third-largest economy globally, but still, it houses a large population of poor and helpless people? The enormity of these numbers implies the stories of India’s economic transition. Since India’s independence from the British reigns, many agencies were formed to collect and archive macroeconomic data.

In all these researches, there is a lack of standardization and adequate time series, which is essential for studying the relationship between long-run economic growth and the important role of inputs. Because of this pandemic situation, every country has an unstable economy. India is no exception as the Indian economy is at its edge. Even in this current situation, India has an expected GDP of 3.05 trillion dollars to 10.2 trillion dollars. India’scurrent GDP is increased right now by 0.4%. We have listed all the richest states of India on the GDP Basis only.

Maharashtra is the richest state in India. This state is located on the westernmost part of India and occupies a large portion of the Deccan Plateau. It is India’s second-most populous state and is the third-largest, following its size.

Tamil Nadu is the second richest state of India. In terms of area, it is the 4th largest state. This state is located on the southern coast of India and is surrounded by states like Andhra Pradesh, Karnataka, and Kerala on one side and by the Indian Ocean and the Bay of Bengal on the other.

Gujarat is located on the West coast of India. It has the longest coastline of almost 1600 km among all the other coastal states of India. It shares its borders with other states like Rajasthan, Maharashtra, Madhya Pradesh, and Union Territories of Daman and Diu. The Arabian sea has bound the state on the west and southwest side.

Karnataka is located in Southern India and is bounded by the Arabian sea on its west and surrounded by states like Goa, Maharashtra, Tamil Nadu, Andhra Pradesh, and Kerala. Karnataka’s economy depends mainly on information technology, aerospace, agro, textile, biotech, and heavy engineering industries.

Uttar Pradesh is the most populous city in India and is home to about 200 million people. This state shares its borders with Nepal on the north and other Indian states on all sides. This state is covered by Uttarakhand, Himachal Pradesh, Haryana, Delhi, Rajasthan, Madhya Pradesh, Chhattisgarh, Jharkhand, and Bihar.

West Bengal is situated in the eastern part of India. It is also one of the richest states of India and shares its borders with Jharkhand, Assam, Bihar, Odissa, and Sikkim. It also has some international borders with Bangladesh and Nepal. West Bengal is famous for rice production in India. In rice production, it has totaled about 14.99 million tonnes in the year 217-18.

Rajasthan is the largest state of India in terms of area. It is situated in the North-Western part of India and is bordered by states like Punjab, Haryana, Uttar Pradesh, Madhya Pradesh, and Gujarat. Rajasthan’s economy primarily depends on Agricultural products with the nine agro-climatic zones and various types of soils.

Andhra Pradesh is a small state located in the Southern peninsula of India. It is also one of the richest states of India. The border of this state is surrounded by Chhattisgarh, Odisha, Tamil Nadu, Telangana, and Karnataka.

Telangana was formed in June 2014. Hyderabad, a well-known city in India, is its capital. This state was formed as a result of a split of the state of Andhra Pradesh. It shares its borders with Andhra Pradesh, Karnataka, Chattisgarh, and Odisha.

Madhya Pradesh is a part of central India. This state is surrounded by states like Uttar Pradesh, Chattisgarh, Rajasthan, Maharashtra, and Rajasthan. Economically it is one of the fastest-growing states in India.

Maharashtra is the richest city in India.

2. Which are the top 10 richest states in India?

Rajasthan is the best state in India in 2021.

4. Which state is fastest growing in India?

Gujarat is the fastest growing in India.

Published in A to Z, Economy, General knowledge, News and Social