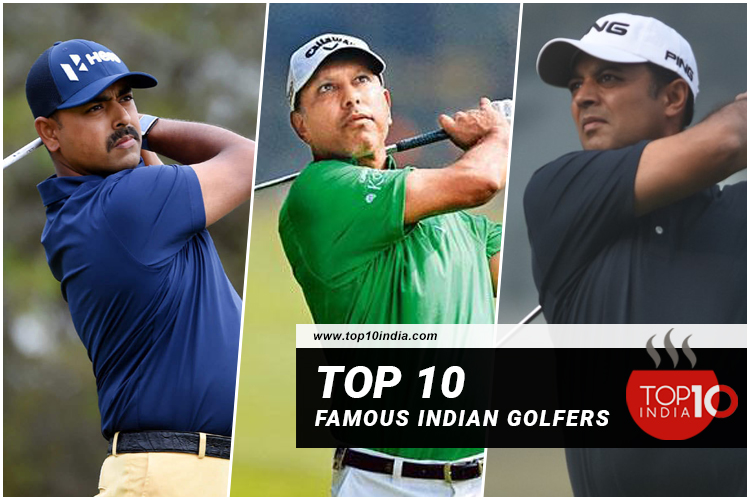 Today Indians are seen playing golf as a career option like other sports such as cricket and badminton. People are actually afraid of playing golf in India because of its expenses, and once you visit a golf course, you will understand what I mean here.

Today the Indian golfers are enjoying great success worldwide; they have followers in millions on their social media handles like players of other games. Truly the game of golf in India has been revolutionized.

Let’s look at the top 10 famous Indian Golfers who are also considered to be the highest-paid golfers in India.

Famous Indian Golf Player Anirban Lahiri is regarded as the most superior golfer born in India; he was born in 1987. He made his professional debut in the sport of golf in the year 2007. Soon he got selected for the international golf tournaments and was a participant in India’s Asian tour in 2008.

His entire golf journey has been beautiful and inspiring. In the year 2014, the government of India presented Anirban with the most prestigious award for the sports player that is the “Arjuna Award.”

One of the Highest paid Indian Golf players, Jeev Milkha Singh, a gem in the Indian golf world, was born in 1971. As a golfer, Jeev Milkha Singh has always been at the top whenever we talk about awards and titles.

His dedication to the sport is unbeatable by any other player. You might not know that Jeev Milkha Singh is the most famous Indian athlete Milkha Singh.

Famous Indian golfer Arjun is the best in the sport and was born in 1973. In the U.S. PGA Tour, he was the first Indian golfer ever. Arjun also won the Hero Honda Masters Tournament in the year 2000.

Also, the Indian government in the year 2007 awarded him with the Arjuna award. He has been at the top in several international golf meets throughout his career.

Jyoti Randhawa is a golfer who was ranked in the merit list of the Asian Tour in 2002. She has been the most popular female golfer to bring glory to her nation.

Earlier she was listed among the top 100  golfers of the world, but due to some personal reasons, she was inactive in the game for quite a long time, so her ranking dropped, and her current ranking is 275.

Shiv Chawrasia in International golf is 171, but in India, he is ranked among the top 10 highest paid Indian golf players. He has also been a winner at the awantha masters.

The fun fact about Shiv Chawrasia is that before starting his career as a golfer, he played the role of a caddie in a golf course in India; that’s why many youngsters take him as their inspiration.

Shubhankar Sharma hails from Jhansi, India, and is a young and dynamic player. He is quite popular in Indian golf for his amazing skills in the sport. He is only 24 years old and has achieved a lot.

The famous Indian golf coach Jesse Grewal has coached Shubhankar in the Tricity Chandigarh, India. In September 2018, this Jhansi-based golfer was honored with the Arjuna Award. His achievements have been immense in the field of Indian golf always.

At a very young age, Rashid Khan has attained immense popularity because his skills and techniques are different from other golfers. According to India’s number 1, golfer Rashid Khan can become the number 1 golfer.

Today he is listed among the top 200 golfers o the world; the entire nation is proud of Rashid Khan’s performance and achievements.

In the Thailand open tournament, Gaganjeet bagged the second position. Also, this golfer has never failed to be at the top of the sports headlines. His style of playing golf has gathered him millions of fans across the globe.

He has also been featured in several sports magazines and sports endorsements; these all things have added a lot to his net worth.  Truly Gaganjeet is a gem for the Indian golf industry.

The golf fans consider Shiv Kapur to be an expert in golf as he is highly experienced with many titles in his name. He was born in 1982 and is presently aged 32 years.

His biggest achievement was winning gold at the Asian Games of the year 2002. Also, he has been a winner at the Volvo Masters of Asia in the year 2005.

Rahil Gangjee shares his birth date with Mahatma Gandhi as he was born on 2nd October 1978. He has been a champion at the golf Asian tour thrice; his fan following has been massive for quite a long time.

At the 2013 PGTI, Rahil was announced as the champion. In 1999, he was honored with the title of the best Amateur golf player of the year. He is still working hard on his game; soon, he shall be positioned in the upper ranks.

1.Who is the famous Indian golfer?

The fans of golf are present globally; many countries have even accepted golf as their national sport. This sport needs a lot of money in each term, whether it be a golf course, golf kit, training, etc.

Especially in a country like India, where golf is not that common, it remains an expensive sport because the availability of equipment is less, and if they are found, the prices are too high.