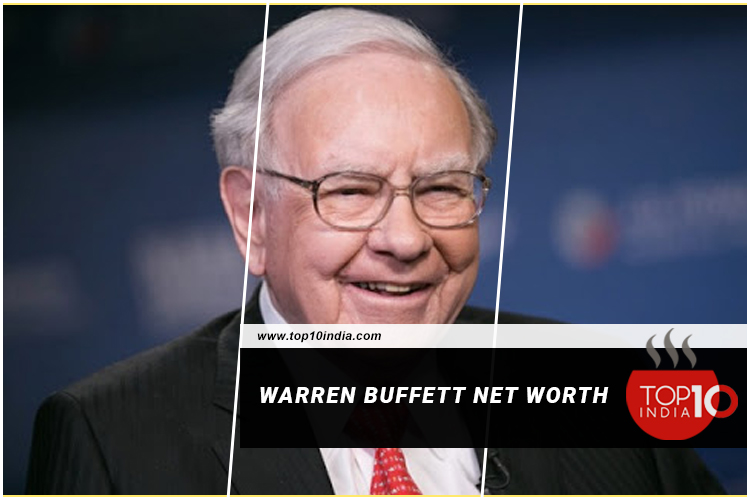 Warren Buffett also popularly known by his nickname “Oracle of Omaha” one of the most successful investors of all time. He owns the company which owns 60 more successful companies in their specific fields around the globe like famous battery-making company Duracell, restaurant chain Dairy Queen and many more. He is also one of the famous billionaires who promised to donate 99% of his wealth to charitable trusts like Gates Foundation and also asked other billionaires to give their half of the wealth to charitable trusts for the good welfare of the society.

Warren Buffett was born on August 30, 1930, in Omaha, Nebraska. The only son of Leila and Congressman Howard Buffett. He bought his first stock at the age of 11 and was successfully running a pinball machine business and had a net worth of approximately 6000 dollars. He moved to Washington dc after his father was selected for the first of four terms in the United States Congress and started his education in the Woodrow Wilson High School in 1947.

Warren started his education at Rose Hill Elementry school in 1942. He finished his elementary school by attending Alice Deal Junior School. He then shifted to Washington D.C. because his father was selected for the first of four terms in the United States Congress and where he completed his graduation from Woodrow Wilson High School in 1947 After the successful business of the Pinball machine he wanted to skip college studies but was overruled by his father. He was inspired by the book which he read in the Omaha public library at the young age of seven “One Thousand Ways to Make $1000”. After graduation, he got admitted to the Wharton School of the University of Pennsylvania were focused on business ventures and at the age of 19 he graduated with a degree of Bachelor of Science in Business Administration after being rejected from Harvard Business School and got enrolled in Columbia Business School of Columbia University and earned a Master of Science In Economics in 1951 under the guidance of Benjamin Graham

In 1949 Warren Buffett was head over heels in love with a young woman named Susan whose boyfriend had a ukelele so to impress her he bought one of the instrument has been playing it ever since. Susan and Warren got married in 1952 and together had three children Susie, Howard, and Peter but got separated in 1977 and remained married till the death of Susan. He got married to his longtime partner on his 76th birth anniversary it is also known that both meet each other with the help of Susan only

He has very bad eating habits till now he drinks five cans of a coca-cola bottle daily and eats ice cream for breakfast which is very unhealthy for his health. In April 2012 he was diagnosed with stage 1 prostate cancer during a regular check-up.

Warren Buffett was ranked the richest person in the world with an estimated net worth of approximately 62 billion dollars. After donating billions of dollars to a charity he slipped to the second position with only Bill Gates above. He was also named as the top money manager of the twentieth century in a survey by Carson Group far better than Peter Lynch and John Templeton. He was also awarded the President Medal of Freedom by the then-President Barack Obama in 2011 and he was also listed among the 100 most influential people in the world by the Times. He continues to help fund and support his family’s individual foundation including Susan Buffett’s Susan Thompson Buffett Foundation, Susan Alice Buffett’s Sherwood Foundation, Howard Graham Buffett’s Howard G. Buffett Foundation, and Peter Buffett’s NoVo Foundation.

In October 2008 USA Today reported 47 books were in print with Buffett’s name on top. Buffett said that his own personal favorite figures are a collection of his essays called The Essays of Warren Buffett. George Jones CEO of Borders Books also quoted that only US presidents, world political figures, and Dalai Lama are titled these times in the books.

Apart from numerous television appearances, he has appeared in many movies, TV programs, and documentaries which include Wall Street: Money Never Sleeps, The Office (U.S.), All My Children, and Entourage.