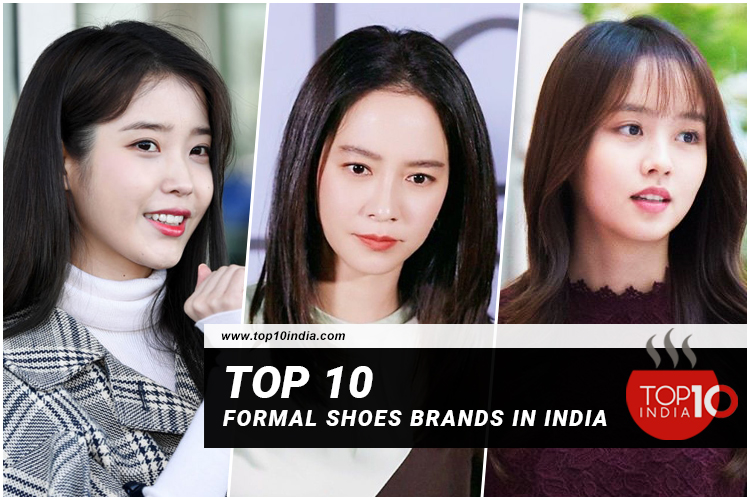 Here’s the list of Top 10 Korean Actress who has wonderful screen presence or can sing and dance. They are TV and radio hosts or have successful modeling careers. Their brilliant talent, appearance, good personality, and charm are hard not to notice. Here you will also find some K-drama recommendations.

Song Ji-Hyo was born Cheon Seong-I’m on 15 August 1981, in Pohang, North Gyeongsang. Her mother was a South Korean national swimmer representative. She is a South Korean actress and model. The song was a cover model for Kiki before she made her acting debut in the feature film Wishing Stars(2003). She has won many awards like Most Popular actress, Popularity Awards, best actress of the year, etc.

Kim So Hyun is a South Korean actress who began her career as a child in 2006. She was born on June 4, 1999, in Australia and had a younger brother. She moved to South Korea in 2003, when she was four years old. Her father died when she was nine years old. She took on her first leading role in a teen drama, Who Are You: School 2015. Kim consistently promotes her television work on Instagram. She was awarded the 2018 most growing Instagram account with 7.1 million followers. She has won Moon Embracing the Sun and Missing You.

Song Ye Jin was born on January 11, 1982, in Suseong District, South Korea. She is a South Korean actress. She rose to fame in romance-themed film and television series such as The Classic, Summer Scent, A moment to remember, and April Snow, for which she was given the title “Nation’s first love.” She was the recipient of numerous awards, including 6 Baeksang Arts Awards, 4 Grand Bells Awards, 6 Blue Dragon Film Awards, 1 Blue Film Awards, and a Grand prize nomination at the 2018 APAN Star Awards.

Park Min Young was born on March 4, 1986, in Seoul, South Korea. She is a South Korean Actress. In February 2013, Park graduated from Dongguk University in Seoul with a degree in Theatre. She launched her acting career a year later in the hit sitcom High Kick(2006). She rose to fame in the historical coming-age drama Sungkyunkwan scandal(2010), and she continued to appear in television drama. She has won many awards includes K-Star Popular Actress Award, Best Celebrity Award, Asia Celebrity Award, and Best Artist Award.

Bae Suzy was born on October 10, 1994, in Buk District, South Korea. She is a South Korean actress, singer, and model. She was a member of the girl group Miss A under JYP Entertainment. Suzy later made her debut as an actress with the television series Dream High(2011). She was graduated from the School Of Performing Arts Seoul in 2013. She has won Best Star Award, Asian star Award, Asian Celebrity Awards, Best New Actress Awards, etc. She became one of the most in-demand endorsers in South Korea and has been hailed a “CF Queen” due to numerous endorsement deals ranging from cosmetics, apparel up to basic commodities like sugar.

Song Hye-Kyo was born on November 22, 1981, in Dalseo District, South Korea. She is a South Korean actress. She gained international popularity through her leading roles in television Autumn in My Heart(2000). The success of the song’s television dramas internationally established her as a top Hallyu star. Song Hye-Kyo attended college at Sejong University, Where she majored in Film Arts. On July 5, 2017, Song was engaged with co-star Song Joong-Ki and married in a private ceremony on October 31, 2017, in Seoul. She has won the Grand Prize, Best New Actress in Sitcom, Most Popular Actress, Top Korean Star, etc.

Jun Ji Hyun was born on 30 October 1981 in Seoul, South Korea. She is a South Korean actress and model. She has received multiple awards, including two Grand Bell Awards For Best Actress and a Daesang(Grand Prize) for television at the Baeksang Arts Awards. Jun Ji Hyun’s success in film and television has established her as a top Hallyu star. Jun rose to fame for her role as the Girl in the romantic comedy My Sassy Girl(2001), one of the highest-grossing Korean comedies of all time. She made her film debut in the little-watched White Valentine in 1999. Her childhood dream was to become a Flight attendant, but she gave up after a plane fight experience.

Park Bo Young was born on February 12, 1990, in South Korea. She is a South Korean Actress. She is best known for her leading role in the hits films Scandal Makers(2008) and television series Oh My Ghost(2015). Park appeared in a short film titled Equal in 2005 when she was in middle school. Park rose to fame after starring opposite Chae Tae-Hyun in the comedy Scandal Makers, which drew 8.3 million viewers to become the number one top grosser of 2008 and one of Korean Cinema’s biggest hits. She has won many awards include the 14th SBS drama awards for the best young actress(2007) and the Cine21st Awards for Best New Actress(2006).

Jeon Hae-rim was better known by her stage name Ha Ji Won. She is a South Korean actress. She is better known. She is best known for the historical dramas Damo(2003). She has starred in several films and television series. She is one of South Korea’s most sought critically acclaimed actresses, particularly known for her versatility in pulling off roles in various genres such as action, comedy, horror, drama, sports, and medical. She was scouted by an agency when she was a senior high school student. She has won many awards, including Best New Actress, Best Supporting Actress, Best New Actress, etc. She was also nominated for Grand Prize(Daesang).

Based on research and study, we have mentioned the Top 10 Korean Actress. These actresses are very famous in South Korea, and they have a large fan following. Like how they start their journey to come into the Korean Film Industry, we have described the whole thing. Some other actresses can come to this list, like Im Yoon Ah, Choi Mi-Hyang, and Moon Chae Won. These actresses also contribute their best effort in the Film Industry.