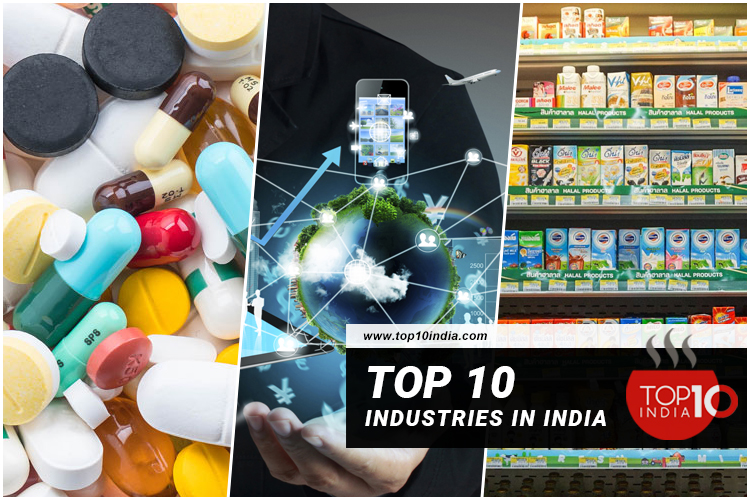 Pharmaceuticals in India have produced the highest number of billionaires numbering 137. The richest person from this industry segment is Poonawalla, with a net worth of INR 88,800 crores. Indian is the largest supplier of generic drugs to the world. India fulfills more than 50 percent of the global need for different vaccines, 40 percent of the generic medicine demands of the US, and 25 percent of the total medicine needs of the UK. The pharmaceutical industry discovers, develops, produces, and markets drugs or pharmaceutical drugs for use as medications to be administered (or self-administered) to patients, intending to cure them, vaccinate them, or alleviate the symptoms.

The software and services sector has produced 73 billionaires, the second-largest number in India on the Hurun Report. The richest person in this industry segment is Azim Premji, with a net worth of INR 1,17,100 crores. India has some industry leaders in this segment, including Infosys, Wipro, TCS, and Tech Mahindra that provide diverse products across different industry segments. It is sometimes referred to as “on-demand software” and was formerly referred to as “software plus services” by Microsoft. SaaS applications are also known as on-demand software and Web-based/Web-hosted software.

MCG industry segment in India has produced 59 billionaires and stands in the third rank to produce the highest number of billionaires. The richest person from this segment is Nusli Wadia & Family, with a net worth of INR 42,200 crores. In the fast-moving consumer goods segment, household and personal care products alone account for 50 percent of the sales. Fast-moving consumer goods (FMCG), also known as consumer packaged goods (CPG), are sold quickly and relatively low. Examples include non-durable household goods such as packaged foods, beverages, toiletries, candies, cosmetics, over-the-counter drugs, dry goods, and other consumables.

No.4 Chemicals and Petrochemicals

Producing 57 billionaires, the chemicals and petrochemicals segment in India stands in the fourth position for producing the highest number of billionaires. With a net worth of INR 40,500 crores, Sri Prakash Lohia is the richest one from this segment. The dominant players in this segment are Reliance Industries Ltd (RIL), Indian Petrochemicals Corporation Ltd. (IPCL), Gas Authority of India Ltd. (GAIL), and Haldia Petrochemicals Ltd. (HPL). Petrochemicals are the chemical products obtained from petroleum by refining. Some chemical compounds made from petroleum are also obtained from other fossil fuels, such as coal or natural gas, or renewable sources such as maize, palm fruit, or sugarcane.

The fifth one in the list of industries producing the highest number of billionaires is India’s automobiles and auto components sector, producing 45 billionaires. The wealthiest person from this sector is Rahul Bajaj & Family, with a net worth of INR 60,700 crores. India is among the world’s largest markets and the leaders in the commercial vehicle manufacturing segment. Automobile (or car) – wheeled passenger vehicle that carries its own motor. Most definitions of the term specify that automobiles are designed to run primarily on roads, have seating for one to six people, typically have four wheels, and be constructed principally to transport people rather than goods.

No.6 Construction and Engineering

The construction engineering sector in India has produced 45 billionaires and thus stands in the sixth position among the top 10 industries producing the highest number of billionaires. The richest in this sector is P Pitchai Reddy enjoying a net worth of INR 13,400 crores. This segment is one of the largest employers in India and makes a significant contribution to the nation’s economy. Civil engineering is a related field that deals more with the practical aspects of projects. Construction engineers learn some of the design aspects similar to civil engineers and project site management aspects. At the educational level, civil engineering students concentrate primarily on the design work, which is more analytical, gearing them toward a career as a design professional. This essentially requires them to take many challenging engineering science and design courses as part of obtaining a 4-year accredited degree.

No.8 Food and Beverages

The total number of billionaires in Indian that have made their wealth in the food and beverages sector is 39. This makes this industry segment eighth member in the top 10 industries producing the highest number of billionaires. The wealthiest person from this sector is Ravi Jaipuria & Family, and the family’s net worth is INR 11,500 cores. India’s food and beverage industry makes up a major part of the Consumer Packaged Goods (CPG) industry.

No.9 Textile and Apparels and Accessories

The textiles, apparel, and accessor segment in India have produced 36 billionaires. This segment is ranked the ninth amohe the top 10 industry segments that have produced the highest number of billionaires. The wealthiest person from this sector is Harish Ahuja having a net worth of INR 5,900 crores. Indian textile industry is one of the oldest in the world and highly varied in terms of deliverables.

The real estate sector in India has produced 33 billionaires, and thus it stands in the tenth position among the industry segments that have produced the highest number of billionaires. The wealthiest person from this segment is Jitendra Virwani, and his net worth is INR 29,900 crores. The real estate sector in the country is among the most recognized sectors across the globe. The four sub-sectors of this segment include housing, retail, hospitality, and commercial.

Please stay connected with us for further updates. We will be keeping you updated from time to time regarding these industries.

Published in A to Z, Business, Economy and News