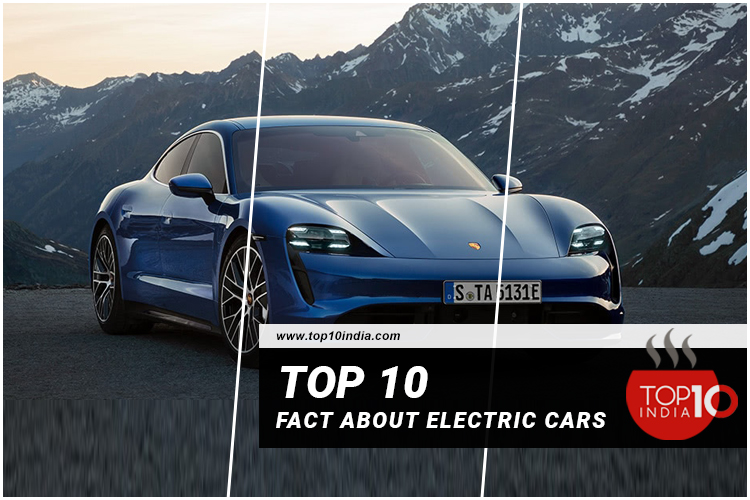 Top 10 Fact About Electric Cars | Features | Price | Speed: To save us from the life-threatening effects of pollution, some car companies have come up with the idea of electric cars. Some of these electric cars in India are running on the roads too. These cars are designed by keeping in mind the needs of our future generation. If today we will exhaust all the natural resources, they would probably have to live without them. The initiate to launch electric cars in India will definitely help us in maintaining the greenery of our planet earth as well as the beauty of the diverse nation “India.”

Also, electric cars are said to be more efficient, and of course, they are environment friendly. Definitely, shortly, we will reverse the effects of pollution if everyone would successfully adapt these cars. The other important fact that makes electric cars is that the cost of driving them is less than half as compared to an oil engine car.

India did not introduce electric vehicles to the world, but today, India is adapting this western culture of driving electric cars like other European countries. A few years back, running such cars seemed to be impossible. Still, today, fortunately, we are witnessing it, so kudos to our technicians who have made the running of electric cars in India possible.

The introduction to these cars will also open job opportunities for people related to the technical fields to be better than this for a country’s development. In the coming years, if these cars will function smoothly definitely, they will replace the old oil-consuming machines that are extensively polluting the air and risking our lives.

Obviously, you cannot buy these pieces of technology in return for peanuts. Still, definitely, if you are planning to buy an electric car in India, it wouldn’t affect your pocket heavily. Moreover, investing in something like these would be a wise investment.

Some pocket-friendly options if you are planning to buy an electric car in India are:

Electric cars have numerous features such as good air conditioning, comfortable, automation, and a lot more. The experience of driving an electric car is hassle-free as you need not do much. For the ones who are not skilled at driving, these cars are the best choices.

In today’s world, buying an electric car can be considered modernization as in the year 2020, nearly 6% of new car purchases were done to buy electric cars only. Even the demand for electric cars has recorded a spike this year that’s why several car manufacturers are investing massive amounts into the making of electric cars in their brand name. Many have aimed to manufacturer an electric for the amount as less than 2 lac.

Some of the cheapest Electric Cars available in India are:

The speed of electric cars varies from model to model; each electric car possesses a different level of speed because of the difference in engines used in each car. The top speed of an electric car in the world is 210.2 mph. It is considered to be the fastest-running electric car of all time in the entire world. Today these cars are buzzing across the globe because of their low maintenance and cost-effectiveness.

The year 2020 bought a lot of new options for electric car lovers in the market. Mahindra Ekuv100 is considered to be the best electric car in terms of speed in India. Apart from its speed, this car is quite affordable, which’s why it is becoming the first preference of people who are planning to buy a new electric car in India. The price of Mahindra Ekuv100 is 8.25 lakhs. This SUV comes with features such as a liquid-cooled battery that helps in fast charging your devices; you can charge up to 80% in only 30 minutes.

Maruti WagonR electric car is also a good option for electric car lovers this year because of its good speed. But unfortunately, this car is not presently available in the market because it has not been launched, but soon you can access the benefits of this speedy car late in November. It is going to be the first Maruti Suzuki electric car. Surely Maruti WagonR will enjoy a huge market across India as Indians consider it a trusted brand.

Travel has also been a fascinating thing in the entire world. People seem crazy about traveling, and so are the technology makers in the world of travel. Each year, the car manufacturers come up with new ideas and technologies that definitely affect the commodities’ existing prices.

Tata Nexon is the most cost-efficient car under 15 lakhs in India. This beautiful electronic card is available in three variants in India for all Tata lovers. Car manufacturers such as Tata in India have made the concept of these new cars possible India because the setup and manufacturing for electric cars demanded high capital that was only possible by the big names of the automobile industry.

Other cars that are being loved by people in the “electric cars under 15 lakhs category are Tata Altroz, Tata Sierra, Mahindra e Verito, Mahindra E Supro. Definitely, these cost-efficient electric cars in India are going to rule the automobile industry super soon.

Now many of you might be thinking that it is safe to get your kid an electric car, so let us clear about what type of electric cars we are talking about here. Electric cars for kids are battery-operated cars designed to keep in mind the ease and comfort of kids.

So, for those planning to buy an electric car for kids, here are a few options.

The major reason to buy an electric car is to support the climate change taking place globally. The environmental pollution index is increasing rapidly, so if people start adopting these electric cars, it will definitely help us save the planet in some or another way.

The battery life and durability are completely dependent on the type of battery being used to make your car. Usually, these batteries last up to 130 km on average.

I-pace, r3,eqc, and Nexon are presently considered the best electric cars in India.

Today electric cars have gained a new level of traction in the entire world, especially in the country full of diversity, “India.” India is moving at a breakneck pace to adopt these speedy and economical cars in the entire nation. The only drawback that India possesses is that these cars are not as suitable as Western countries in India because of the absence of proper charging stations. Still, by the end of 2021, the government will be coming up with a lot of new charging stations to ease the use of electric cars in India.

Published in A to Z, Automobile, Electronics, News and Tech