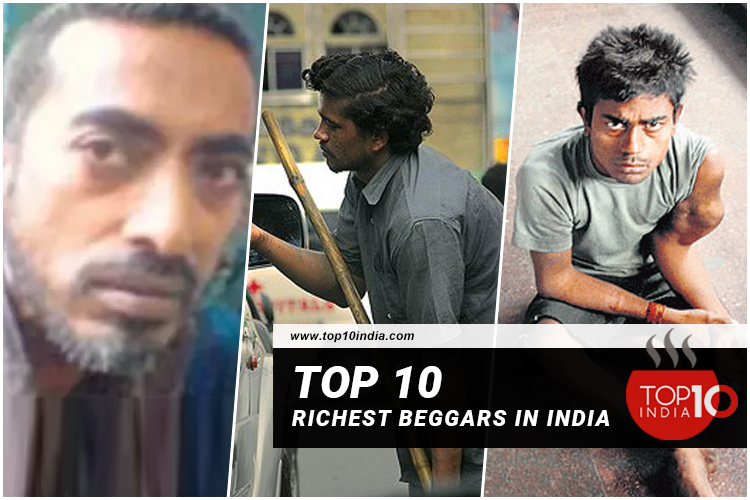 Top 10 Richest Beggars In India: Bharat Jain is the number 1 beggar in India who earns about 75000 Rupees monthly by begging and has bought a couple of properties and saved a lot of wealth for himself and his family. It sounds quite weird that a beggar can too get rich. Many people out there have a misconception that beggars beg only to survive with minimum living elements. But, especially in urban areas, most people who beg on the street are professional beggars. They make a lot of money and become wealthy by global standards.

You usually imagine a beggar in untidy attires, homeless and starving on the street but let me say that this concept is totally wrong. India has no such law yet now, but many took this as their serious profession. And by this, they have earned quite a lot of money and property, which becomes really hard to believe. Here is the list of the Top 10 Richest beggars in India.

Krishna Kumar Gite is not yet as wealthy as the first guy on our list of top 10 richest beggars in India. But he has grown to become the second richest man as a beggar. Also, it has been reported that he is passionate about what he does.

Pappu Kumar is the third richest beggar in India and one of the richest in the world. He mostly begs for alms in Patna’s rail platform and makes a lot of money. It’s hard to believe that he earns in crores that he has shown interest to lend the money to small traders. At his early age, he lost one of his legs due to a train accident which led him to beg at the starting and now it is insane even to think that he owns a property of ₹1.25 crores.

Here a female comes named Sarvatia Devi, who is regarded as the famous beggar in India. She makes money by begging for alms in the trains of Patna, where she stays. It has been reported that she earns up to INR 50,000 each month, which is a hell of a lot.

Massu Khan became rich by begging. He is being called Malana Khan also. This 65-year-old man begs for alms mostly in Lokhandwala, around the exclusive restaurants that TV and film stars visit. He goes to the place he begs by his own auto, works for 7-8 hours, and then returns home by that auto only.

A popular Beggar in India is Sambhaji Kale. He is mostly seen in the Khar region of Mumbai. According to several reports, he earns around 1 thousand to 1.5 thousand bucks a day.

Lakshmi Das is also regarded as one of the highest-paid beggars in India. She is Poliomyelitis-affected. She has been on the streets since she was a teenager, and now she earns a lot.

Haji earns more or less INR 2000 per day, which is astonishing but even tends to increase in the festive seasons. His list of property includes his own house and a plot worth INR 15 lakhs. His family owns a small embroidery factory of ‘zari’ work that includes 15 regular workers of its own.

Rambai can be seen begging in the streets of Andhra Pradesh. Her Financial wealth stayed unknown to everyone for a long time until an exciting event happened one day. She was begging in the streets as usual in her regular attire with a worn-out bundle-bag or ‘potli’ bag of normal saree. In the meantime, a thief suddenly snatched her bag and ran, which finally revealed her secret to everyone.

This man was also a resident of Mumbai, more specifically belonging to the Gowandi Gonthan area. Yes, he was because he is not alive anymore, yet he left such an enormous amount of money that it is nearly impossible to ignore him still as one of the richest beggars in India in 2021.

Ans: Bharat Jain is the richest beggar in India.

Ans: Krishna Kumar Gite is the No.1 beggar in India.

Ans: Massu/Malana is the number one beggar.

A beggar earns and half of the lakhs or less in India, but at least more than 10 thousand.

Published in A to Z, News and Others