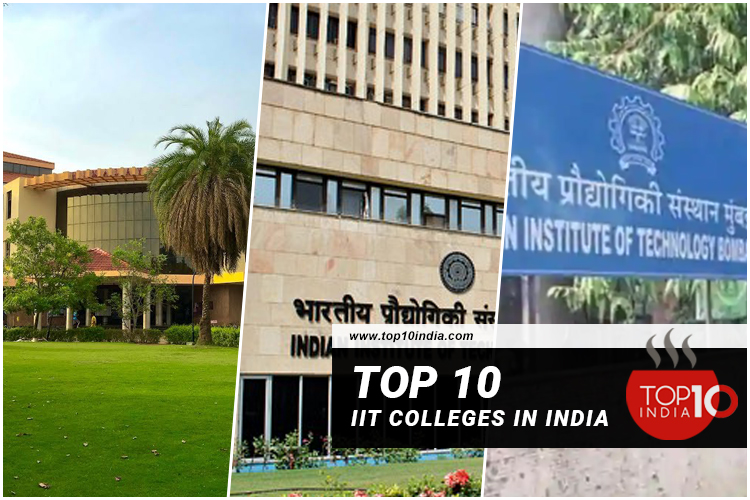 Top 10 IIT Colleges in India: Established by the government of India, The IITs are listed as the best engineering colleges in India. Most of us already know this because It’s every student’s dream to go to the IIT college, and why not?

We all know the quality of education they provide to their students, and the additional brand value helps them get a good job in their career path. But there is also healthy competition between them to become the number one college in the country. So, if you are looking to take admission in one of these, here is some information and a list of IITs in our country. The list of top 10 IITs ranked by the NIRF in the year 2020 is as follows.

The IIT Madras deserves the number one spot because it has been listed as the top college in IITs and many other lists. IIT Madras is the no. 1 engineering college in India as listed by the NIRF in the year 2020 and not only for this year not but for the fifth time in a row. So, rightfully claiming the number one spot. Their motto says “commitment towards growth and excellence in every facet.” The institute offers undergraduate and post-graduate programs, M.S. and Ph.D. research programs. The institute offers an excellent teaching curriculum, but this college campus is arguably the most beautiful in India, which gives the students a healthy and positive environment to learn and study.

The IIT Delhi is a public technical and research university established as a college of engineering in 1961. The IIT Delhi has also been declared an institution of national importance and has been given the status of ‘Institution of Eminence.’ This institute currently has more than 8,700 students in various engineering fields and physical sciences, management, and humanities & social sciences. Their vision and mission of IIT Delhi are to contribute to India and the world through excellence in scientific and technical education and research. The college offers some excellent placements for the students with some top-notch companies, as shared below.

IIT Bombay was established in the year 1958. The motto of the institute is “knowledge is the supreme goal.” And they deliver it practically as the quality of education the institute has been providing over the years is second to none as they have produced some of the finest engineering students every year. IIT Bombay has more than 10,000 students with various undergraduate, postgraduate and doctoral degrees. IIT Bombay has proven its dominance over time as an important institution for the country.

IIT Kanpur was established in the year 1959 and later declared as the institute of national importance. It is located in Uttar Pradesh, with more than 6400 students currently enrolled in different undergraduate, postgraduate and doctoral programs. The IIT Kanpur goes by the motto of “From darkness, leads me to light.” The institute offers different engineering courses and provides the students with proper lab facilities and all other campus requirements. One of the finest engineering colleges with a campus of more than 1000 acres full of high-class facilities and a research-oriented environment.

IIT Roorkee is amongst the foremost IIT institutes in the country that provide higher technological education, which has played an important role in providing a technical workforce. The motto of the institute is “Nothing can be achieved without hard work.” This is true to be successful in real life. It is also a trend-setter in the area of education and research in the field of science and engineering. The institute offers bachelor’s degree courses in 10 different engineering disciplines and 55 different disciplines in the post-graduate programs and currently has more than 8,000 students. Some of the placement details are below.

IIT Guwahati has been recognized as an institute of national importance by the government of India and has been ranked 7th in both the engineering and overall category by the NIRF. The institute has more than 5800 students, and they go by the motto “knowledge is power.” The institute is one of the best colleges in the country with proper education and infrastructure facilitates. Country. The 700 acres campus is one of the most beautiful ones situated near the banks of the Brahmaputra river. The institute provides undergraduate, postgraduate, and doctoral courses.

Established in the year 2008, In a short time, IIT Hyderabad has climbed up the ladder of success and making an entry into the list of elite IIT colleges of the government of India. Their motto is “Inventions and innovations.” It has more than 2600 students currently under various courses, and the campus area is around 576 acres. It offers 11 B. Tech programs, 1 B. Des program, 3 M.Sc. programs, 18 MTech programs, 1 M. Des program, 1 MA program, and 15 Ph.D. programs in all branches of engineering, science, liberal arts, and design. It also offers 2 years MTech program to foreign nationals in 9 different departments.

Established in 1919 as Banaras engineering college, later it became an institute of technology, Banaras Hindu University in 1968, and finally an IIT in 2012. One of the most reputed and known colleges in India. Below are some details about the college.