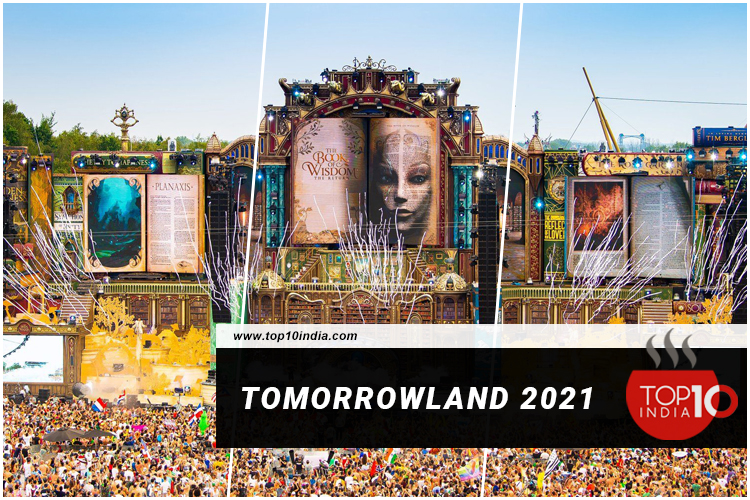 Tomorrowland consists of many different stages. Here is the list of all the stages at Tomorrowland.

The arrangement of food, the Tomorrowland has several food outlets across the site serving various street foods from across the globe. In addition, it also offers Belgian specialties.

The festival’s flag features the Tomorrowland logo on the background. It is divided into four quadrants diagonally, separated by a white diagonal stripe and bordered by a black diagonal stripe on each side. The festival logo attributes a crown, an eye, and a butterfly. The butterfly symbolizes freedom, the beauty of nature, and the purity of the human soul. The crown symbolizes equality and stewardship. The eye symbolizes looking out for each other and appreciates nature’s beauty. The four background colors of the flag represent nature’s four elements – water, earth, fire, and water.

Published in A to Z, Country, Entertainment, News and Social