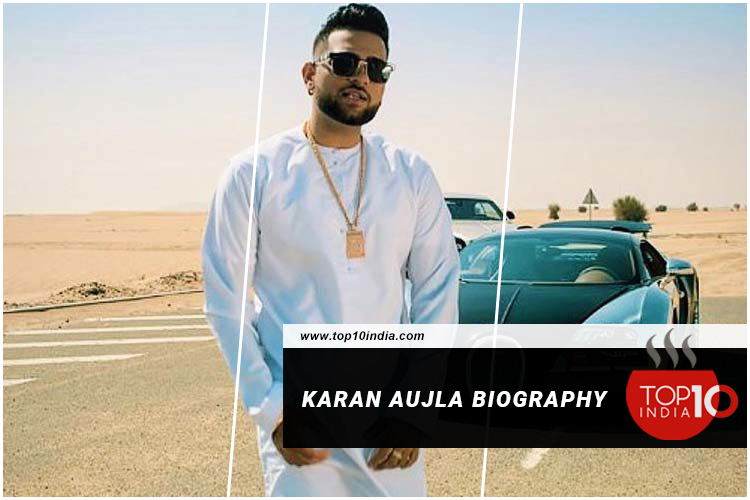 Karan Aujla Biography: Jaskaran Singh, popularly known as Karan Aujla is an Indian singer, lyricist, and rapper known for his work in Punjabi music. He is best known for the songs “Don’t Look,” “Chitta Kurta,” “Don’t Worry,” “No Need,” and “Sheikh.” Fourteen of his singles as a lead artist have featured in UK Asian chart by Official Charts Company, while seven have featured in Global YouTube music chart. Aujla started his career by writing lyrics for Jassi Gill’s “Range” from his album Replay.

Then he emigrated to Canada and wrote lyrics for various other artists, including Deep Jandu and Elly Mangat. In 2016, he released his debut song “Property of Punjab” as a lead artist and started featuring as a guest artist in songs. He came into the limelight with his tracks like “Yaarian Ch Fikk,” “Unity,” “Alcohol 2”, and “Lafaafe”; subsequently, he achieved mainstream popularity in 2018 with “Don’t Worry,” his first song to enter UK Asian chart. In 2020, his singles “Jhanjar,” “Red Eyes,” and “Kya Baat Aa” entered the top 10 in the chart, while “So Far” entered the top 5.

Aujla hails from Ghurala, Punjab, India. He was born on 18 January 1997 to his father, Balwinder Singh Aujla, and Rajinder Kaur. His parents died when he was nine years old. His sisters and uncle raised him after his parents died. Aujla’s father, Balwinder Singh Aujla, worked at a cooperative society, and he also had written as a hobby. Thereafter he started writing songs. While studying in 9th standard, Aujla met Jassi Gill in a marriage ceremony and offered him the lyrics of the song Range, which Gill sang and became popular. Aujla received his Canadian permanent residency and emigrated there. He did his high school studies in Burnaby, Canada. Also, he worked part-time as a longshoreman in Surrey, British Columbia. His debut song “Cell Phone” with Mac Benipal was released in 2014; it was a commercial failure and had just a few thousand views. In Canada, he started working with Deep Jandu in his studio in Toronto.

In 2019, he was engaged to his girlfriend Palak. That year, he also got a tattoo of his mother’s face on his right arm. He also has his father’s tattoo too on the same arm. In June 2019, news channels stated that Aujla was attacked in Surrey, Canada, on 8 June 2019. Later, a Punjab-based gang took responsibility for the attack but later denied it. On 9 June 2019, Aujla himself declared the news as a rumor spread by news channels. However, other sources confirmed the attack. The gangster Sukhpreet Budda, who took responsibility for the attack, was arrested by Interpol in November 2019 in Armenia. In March 2020, he got tattoos of freedom fighters Bhagat Singh and Udham Singh on his left arm. Aujla, in an interview, expressed his willingness to collaborate with the American rapper 50 Cent and the Canadian rapper Drake.

Aujla started his career along with Deep Jandu and Elly Mangat. He wrote lyrics for many artists, including Gill, Mangat, Gagan Kokri, Jazzy B, Bohemia, and Sukh-E. His written “Blessings of Bapu,” sung by Kokri, was well received by the audience. Later in 2016, he released his debut song “Property of Punjab” as a lead artist; started featuring and performing raps in the songs. Soon after, he released tracks as a lead artist. His recordings include “Alcohol 2”, “Yaarian Ch Fikk”, “Shit Talk”, “Up & Down”, and “Lafaafe”. He finally got his breakthrough with the song “Don’t Worry,” featuring Gurlez Akhtar in it. The song’s music video has been viewed over a hundred million times on YouTube and became Aujla’s first song to enter UK Asian music chart. In April 2020, his song “Sheikh”‘s both audio and the music video were leaked. Within a few hours of the leak, Aujla announced the original audio and music video release. In May 2020, his four singles, “Red Eyes,” “Sheikh,” “Chitta Kurta,” and “Jhanjar,” appeared simultaneously on UK Asian chart. In the same month, Aujla, on his Instagram live, stated that he is working on his debut album. In June 2020, his “Let ’em Play” peaked at number 14 on the Apple Music chart and debuted at number 15 on UK Asian chart. In July 2020, “So Far” became his first track to enter the top 5 on UK Asian chart.

Aujla has a rivalry with Sidhu Moose Wala. Both have been replying to each other through their songs. Both the singers have been criticized for singing songs promoting violence. Elly Mangat, who has previously worked with both the artists, disclosed in an interview that the dispute between the two singers began when Sidhu’s video targeting Aujla in his song was leaked to Aujla’s management, and they threatened to attack Sidhu. Following the incident, both started targeting each other on social media. The rivalry was resolved temporarily till Karan Aujla released a diss-track “Lafaafe,” followed by Moose Wala’s “Warning Shots.” Aujla, in an interview, stated that he didn’t write the track “Lafaafe” and didn’t reveal anything about their rivalry. In February 2020, Chandigarh Police advised him not to sing any of his songs promoting violence, guns, or drugs during his concert at DAV College, Chandigarh. He said, “I followed the instructions of senior police officers.” In November 2019, Aujla was investigated for violating traffic rules upon his arrival at Chandigarh, India, and was fined for five traffic violations.