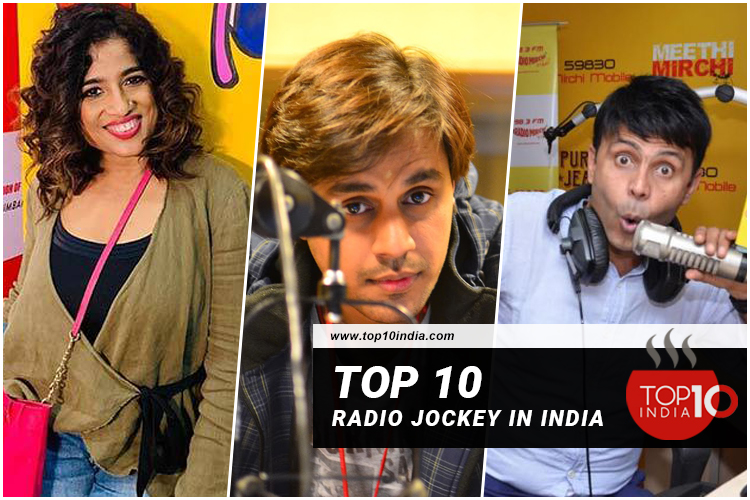 Top 10 Radio Jockey in India: A radio jockey is popularly known as RJ in India, whereas a radio personality {American English} and radio presenter { British English} is a person who hosts a talk show on the radio. Basically, an RJ runs the shows per the script, plays music, and interacts with the audience via telephone, email, social media, and SMAes.

A radio jockey is a person who fills a person with energy while going to the office in the morning, crossing hundreds of traffic lights, and take away all the tensions, tiredness, and problems faced during office hours while returning home. Such a job like RJ demands thrill, enthusiasm, passion and should work as an eye for the listeners who can listen and cannot watch.

Malishka Mendonsa, admired as RJ Malishka, is an RJ from  Mumbai, India. She participated in the “Youtube Original Series pretty fit” of Prajikta Koli.

RJ Raunac is also known as Baua. He loves to write poetry as well as quotes. With that, he also writes the script of his morning show on Red FM 93.5.

RJ Naved is popularly known as Mirchi murga. He also hosts T.V. shows, and radio shows from 5 p.m. to 9 p.m. Also famous for doing mimicry for many people.

Sayema Rehman is popularly known as RJ sayema. She was accused on social media by trollers of initiating mob violence by asking people to assemble outside the Delhi headquarters.

RJ Praveen was a very entertaining person at the time of his school. From his childhood, he was very good at mimicry and comedy.

Sidharth Kanan is widely known as Sid K. In 1997, while at college, he joined a Radio star and show with Cyrus Broacha called ‘Miranda Char Baje Band Baje.’

RJ Archana is a television anchor and voice-over artist. She is known for work in My FM and short story on social media.

Ameen Sahani also the former announcer of Air India. He achieved fame and popularity all across the Indian subcontinent when he presented hi Binaca Geetmala.

1.Who is the youngest RJ in India?

Sidhartha Kanan is the youngest in India.

RJ Malishka is the no.1 RJ in India.

3. What is the other name of RJ Raunac?

4. who is the most famous RJ of Delhi?

RJ Naved is the most famous RJ of Delhi.

Published in A to Z, Personality and Social