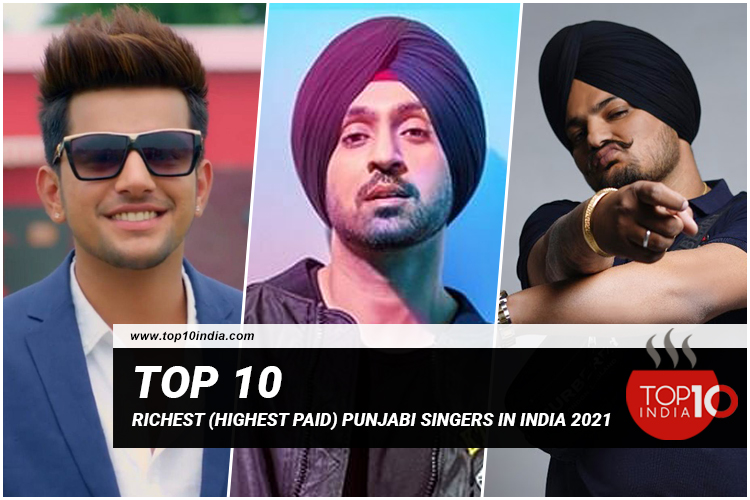 Top 10 Richest (Highest Paid) Punjabi Singers In India 2021: Jass Manak is the number 1 highest paid and richest Punjabi singer in India 2021 who has won millions of hearts with his superb performances in his singing career. Music is something that everyone enjoys. Talking about the music industry and if we don’t consider the Punjabi music industry, it would be a little unfair because Punjabi songs are not just songs. They create a vibe wherever they are played. We cannot stop our bodies from grooving in Punjabi songs; they are so energetic. Punjabi singers and songs enjoy worldwide fame.

Most Punjabi singers had a poor background, but their hard work and determination earned them so much success. All these singers are adored so much by the audience. Punjabi singers always try to give their best to the audience, like the new songs which break all the records. Here is our latest updated list of Top 10 Richest(Highest Paid) Punjabi Singers In India 2021.

Jaspreet Manak is also known as Jass Manak, was born on 23 December 1993. He is the most successful Punjabi singer. He has done his schooling at Hemkunt Public School, which is in Jalandhar. Further, he went to Punjabi University, Patiala, to complete his graduation.

His hobbies are playing the guitar, hanging out with friends, and singing songs. Jass Manak was passionate about singing since childhood. His debut song was U-Turn, but he became famous with the song Prada which has more than 600 million views on youtube and was a record-breaking hit.

Diljit Dosanjh was born on 6 January 1984. He spent his childhood in Dosanjh Kalan, and then he shifted to Ludhiana. He has done his schooling at Shri Guru Harkrishan Public School, which is in Ludhiana. He was very passionate about singing from childhood.

Shubhdeep Singh Sidhu, also known as the Sidhu Moosewala, is the highest-paid Punjabi singer in India. He was born on 11 June 1993. He has done his schooling from Mansa, and for his graduation, he went to Guru Nanak Dev Engineering College of Ludhiana.

He used to sing folk songs and participate in singing competitions in his childhood, but it was after moving to Canada when he decided to pursue singing as a career.

Karan Aujla is one of the top 10 richest(highest paid) Punjabi singers in India in 2021. His date of birth is 18 January 1997. Once in a marriage ceremony, Aujla was singing a song that was liked by Jassie Gill, and afterward, Jassie gill offered him a song named Range and became popular.

Gurdas Mann was born on January 4, 1957. He is a lyricist, actor, and musician. He was born in a local town of Punjab called Giddarbaha. He was passionate about singing and mimicry since he was childhood. He gained major attention through his debut song Dil Da Mamala Hai in 1980.

Sharry Mann is the highest-paid Punjabi singer in India in 2021. He was born on 12 September 1982 in Mohali and brought up in Ghali Khurd, Firozpur, Punjab. He completed his schooling at Sri Guru Gobind Singh Sr. Sec. School. He was not that good at studies, so he did more into sports and music. He used to mimic famous singers.

On 14 March 1989, Ranjit Bawa was born in Gurdaspur. When he was in 6th standard, he started singing. He has done his graduation from Guru Nanak Dev University, which is in Amritsar. He was interested in singing since childhood, so his mother took him to master mangal Singh, who taught him music.

Amrinder Singh Virk was born on 11 May 1992. His birthplace is Nabha, Patiala. Ammy Virk family was from an agricultural background. He was more into co-curricular activities since his college time. Ammy Virk debut film was Angrej, where he played a negative role.

Kuldeep Manak was born on 15 November 1951 in the village Jalal in Bathinda. Kuldeep Manak was very fond of hockey and singing since he was a student. At the age of 17, he got a chance to play a song with Seema, a famous singer.

Hardy Sandhu is the richest Punjabi singer in 2021 in India.

Jass Manak is the richest Punjabi Singer in India.

Ammy Virk is the No. 1 Punjabi singer in India.

Sidhu Moose Wala is the highest-paid Punjabi Singer In India.